Parity Pricing is not just a discount based on an IP address. Here are 3 reasons why Exportator will help you generate more sales than you custom setup.

Parity Pricing is not just a discount based on an IP address. Here are 3 reasons why Exportator will help you generate more sales than you custom setup.

Let us start by saying: Congratulations! That's if you have set up Parity Pricing or consider offering it to your audience.

It's not just a powerful way to increase your conversion rate and sales, it's also a classy move, so congrats. 🙌

But why stop halfway there?

In this short article, we're going to show you 3 reasons why Parity Pricing is NOT just discounting a price based on an IP address origin. 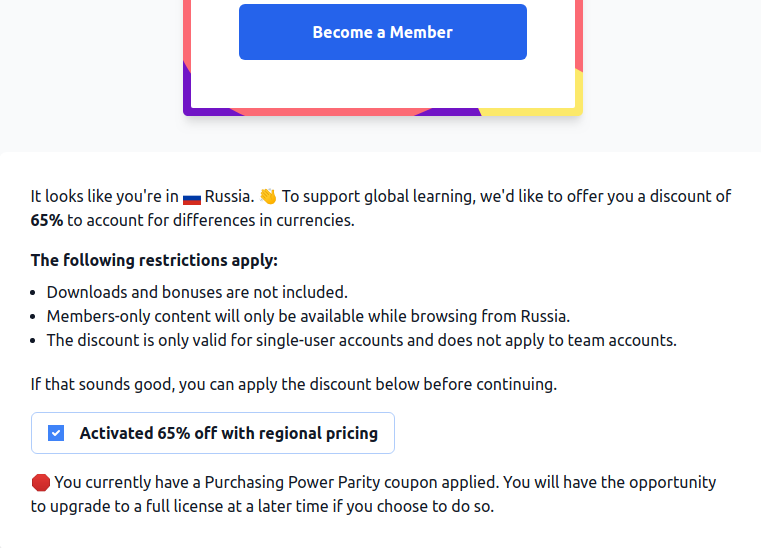 According to Exportator data, 65% is way too much parity discount for Russia. Also, I was in Paris, France when browsing this page.

VPN and proxy used to be used by advanced users only. But this has changed.

These last years have seen the number of work from home users increase a lot. Many big corps ask their employees to systematically connect from VPN/Proxy protected terminals. And providers such as 1VPN or NordVPN are doing a great job of raising awareness about security concerns to younger generations.

But if they're comfortable switching locations for security reasons, they'll also be comfortable doing it to get a discount.

2. "I don't want to draw too much attention to it"

The consequence of not having a VPN/proxy protection is you being scared of it working too well.

Marketing is hard enough as it is. If on top of that you add extra layers of difficulty, you better stop right now. That's why using a VPN/Proxy protection is a game-changer when providing Parity Pricing.

You'll now be able to let all your free users and prospects of this amazing pricing option, while it being totally transparent to others. Write blog posts, send emails, pop a banner letting them know.

Free the marketers of not being able to use this sales argument because it is a damn powerful one.

3. You're guesstimating your optimal discount

And that's fine, at first we were doing it too at Exportator. The best resource to get an initial idea of a Parity Prices is OECD's Purchasing Power Parity Index.

But the population being online, and speaking English, is wealthier than the average population. Therefore, you might be offering a 65% parity price when a 35% one could have done the trick.

That's money that could have gone into your pockets. That's also another way to lower the overall results of your Parity Pricing campaign. Low results mean it won't be renewed by your managers, which in turn will deprive marketers of a solid tool (Parity Pricing), and bring a good thing to an end.

Exportator gives you detailed analytics about how each single country performs, and what would be your most efficient Parity Prices. 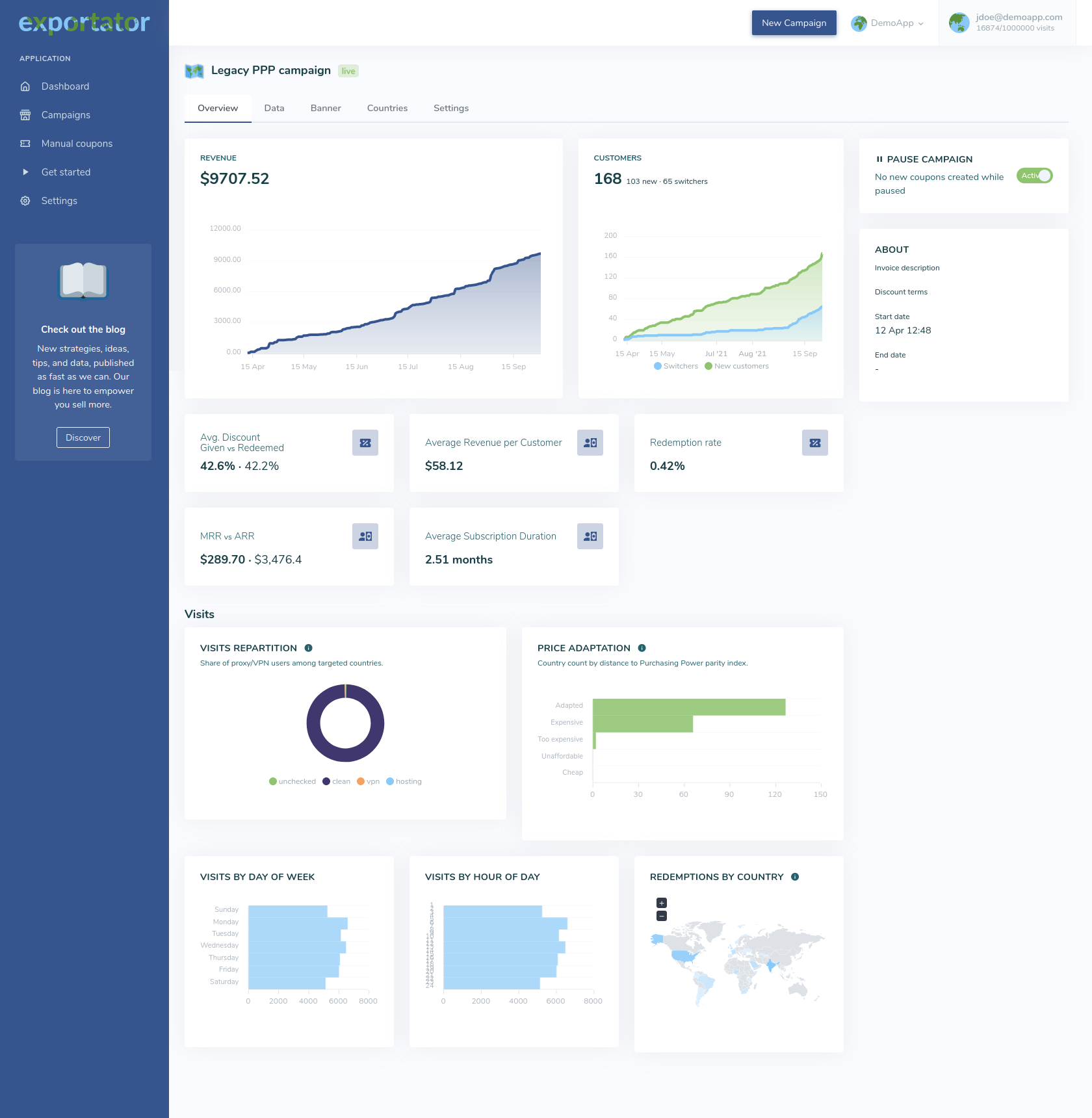 Hell is paved with good intentions. If you're the marketer or founder of an app and decided to follow the footsteps of big, successful, companies such as Slack, Steam, Netflix, or Spotify, you are on the right path.

But good ideas can suffer from poor implementation, and that's unfortunately what you're doing if you base your parity prices on your visitors' IP address only.

Help us help you generate as much sales as possible from emerging countries by using a dedicated solution like Exportator.

Reach out to us if you have questions around Parity Pricing and how your company can benefit most from it.

Jules studied export and was in charge of marketing a fast-growing SaaS. He created exportator after realizing the power of PPP for digital sales growth and to make the web cool again.

Let's make PPP the norm on the Internet